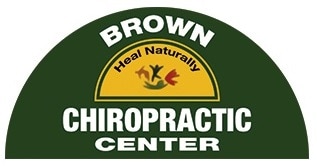 From Wikipedia, the free encyclopedia
Chiropractic was founded in 1895 by Daniel David (D.D.) Palmer in Davenport, Iowa. Palmer, a magnetic healer, hypothesized that manual manipulation of the spine could cure disease.[208] The first chiropractic patient of D.D. Palmer was Harvey Lillard, a worker in the building where Palmer's office was located.[35] He claimed that he had severely reduced hearing for 17 years, which started soon following a "pop" in his spine.[35] A few days following his adjustment, Lillard claimed his hearing was almost completely restored.[35] Chiropractic competed with its predecessor osteopathy, another medical system based on magnetic healing and bone setting; both systems were founded by charismatic midwesterners in opposition to the conventional medicine of the day, and both postulated that manipulation improved health.[208] Although initially keeping chiropractic a family secret, in 1898 Palmer began teaching it to a few students at his new Palmer School of Chiropractic.[25] One student, his son Bartlett Joshua (B.J.) Palmer, became committed to promoting chiropractic, took over the Palmer School in 1906, and rapidly expanded its enrollment.[25]

Early chiropractors believed that all disease was caused by interruptions in the flow of innate intelligence, a vitalistic nervous energy or life force that represented God's presence in man; chiropractic leaders often invoked religious imagery and moral traditions.[25] D.D. and B.J. both seriously considered declaring chiropractic a religion, which might have provided legal protection under the U.S. constitution, but decided against it partly to avoid confusion with Christian Science.[25][209] Early chiropractors also tapped into the Populist movement, emphasizing craft, hard work, competition, and advertisement, aligning themselves with the common man against intellectuals and trusts, among which they included the American Medical Association (AMA).[25]


​Chiropractic has seen considerable controversy and criticism.[26][27] Although D.D. and B.J. were "straight" and disdained the use of instruments, some early chiropractors, whom B.J. scornfully called "mixers", advocated the use of instruments.[25] In 1910 B.J. changed course and endorsed X-rays as necessary for diagnosis; this resulted in a significant exodus from the Palmer School of the more conservative faculty and students.[25] The mixer camp grew until by 1924 B.J. estimated that only 3,000 of the U.S.'s 25,000 chiropractors remained straight.[25] That year, B.J.'s invention and promotion of the neurocalometer, a temperature-sensing device, was highly controversial among B.J.'s fellow straights. By the 1930s chiropractic was the largest alternative healing profession in the U.S.[25]

Chiropractors faced heavy opposition from organized medicine.[35] Thousands of chiropractors were prosecuted for practicing medicine without a license, and D.D. and many other chiropractors were jailed.[35] To defend against medical statutes B.J. argued that chiropractic was separate and distinct from medicine, asserting that chiropractors "analyzed" rather than "diagnosed", and "adjusted" subluxations rather than "treated" disease.[35] B.J. cofounded the Universal Chiropractors' Association (UCA) to provide legal services to arrested chiropractors.[35] Although the UCA won their first test case in Wisconsin in 1907, prosecutions instigated by state medical boards became increasingly common and in many cases were successful. In response, chiropractors conducted political campaigns to secure separate licensing statutes, eventually succeeding in all fifty states, from Kansas in 1913 through Louisiana in 1974.[35] The longstanding feud between chiropractors and medical doctors continued for decades. The AMA labeled chiropractic an "unscientific cult" in 1966,[210] and until 1980 advised its members that it was unethical for medical doctors to associate with "unscientific practitioners".[211] This culminated in a landmark 1987 decision, Wilk v. AMA, in which the court found that the AMA had engaged in unreasonable restraint of trade and conspiracy, and which ended the AMA's de facto boycott of chiropractic.[21]

Serious research to test chiropractic theories did not begin until the 1970s, and is continuing to be hampered by antiscientific and pseudoscientific ideas that sustained the profession in its long battle with organized medicine.[35] By the mid 1990s there was a growing scholarly interest in chiropractic, which helped efforts to improve service quality and establish clinical guidelines that recommended manual therapies for acute low back pain.[35] In recent decades chiropractic gained legitimacy and greater acceptance by medical physicians and health plans, and enjoyed a strong political base and sustained demand for services.[21] However, its future seemed uncertain: as the number of practitioners grew, evidence-based medicine insisted on treatments with demonstrated value, managed care restricted payment, and competition grew from massage therapists and other health professions.[21] The profession responded by marketing natural products and devices more aggressively, and by reaching deeper into alternative medicine and primary care.[21]

The word chiropractic comes from Greek χειρο- chiro- (itself from χείρ cheir "hand"), "hand" and πρακτικός praktikos, "practical."[212][213] Chiropractic is classified as a field of pseudomedicine on account of its esoteric origins.[10]

Public health
Further information: Vaccine controversy § Alternative medicine, and Water fluoridation controversy
Some chiropractors oppose vaccination and water fluoridation, which are common public health practices.[30] Within the chiropractic community there are significant disagreements about vaccination,[214][180] one of the most cost-effective public health interventions available.[215] Most chiropractic writings on vaccination focus on its negative aspects,[214] claiming that it is hazardous, ineffective, and unnecessary.[180] Some chiropractors have embraced vaccination, but a significant portion of the profession rejects it, as original chiropractic philosophy traces diseases to causes in the spine and states that vaccines interfere with healing.[180] The extent to which anti-vaccination views perpetuate the current chiropractic profession is uncertain.[214] The American Chiropractic Association and the International Chiropractors Association support individual exemptions to compulsory vaccination laws, and a 1995 survey of U.S. chiropractors found that about a third believed there was no scientific proof that immunization prevents disease.[180] The Canadian Chiropractic Association supports vaccination;[214] a survey in Alberta in 2002 found that 25% of chiropractors advised patients for, and 27% against, vaccinating themselves or their children.[216]

Controversy
Main article: Chiropractic controversy and criticism
Throughout its history chiropractic has been the subject of internal and external controversy and criticism.[36][218] According to Daniel D. Palmer, the founder of chiropractic, subluxation is the sole cause of disease and manipulation is the cure for all diseases of the human race.[6][40] A 2003 profession-wide survey[37] found "most chiropractors (whether 'straights' or 'mixers') still hold views of 'innate intelligence' and of the cause and cure of disease (not just back pain) consistent with those of the Palmers."[219] A critical evaluation stated "Chiropractic is rooted in mystical concepts. This led to an internal conflict within the chiropractic profession, which continues today."[6] Chiropractors, including D.D. Palmer, were jailed for practicing medicine without a license.[6] For most of its existence, chiropractic has battled with mainstream medicine, sustained by antiscientific and pseudoscientific ideas such as subluxation.[35] Collectively, systematic reviews have not demonstrated that spinal manipulation, the main treatment method employed by chiropractors, is effective for any medical condition, with the possible exception of treatment for back pain.[6] Chiropractic remains controversial, though to a lesser extent than in past years.[26]
Brown Chiropractic Center
2410 St Andrews Blvd # A, Panama City, FL 32405
(850) 769-3777
850-769-3777 Brown Chiropractic Center 2410 St Andrews Blvd # A, Panama City, FL 32405 (850) 769-3777 UA-90460575-1